The Music Department at Portadown College is a thriving hub of musical activity.  At lunch-time you will always find a group of students performing – Choir, Chamber Choir, Orchestra, Brass Ensemble, solos, ensembles …. Whether Music is studied for a formal examination or not the emphasis is on including as many students as possible to make music to as high a standard as possible.  Please browse the following pages to see the range of activities available for students at Portadown College.

The following list gives a summary of standard music events that take place annually in school:

Other events may include: 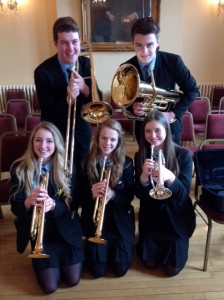 The Autumn Music Concert provided an evening of music and dance featuring a range of acts from the emotive performance of the Theme from Schindler’s List by NI Young Musician of the Year Samuel Kane, to the rousing beat of the Chamber Choir’s rendition of ‘Fiddler Man’, clapping included!

While the orchestra blasted us off to the cosmos with the theme from ‘Star Wars’, PC’s musicians demonstrated their class and expertise throughout, exemplifying musical excellence from Faith Jenkinson’s ‘Gabriel’s Oboe’ on the oboe to Tim Neill’s ‘Whirlwind’ on the euphonium.

The highlights of the evening were the arrangements of popular songs organised by PC students for a range of instruments.  Peter Hamilton and Sarah Allen treated us to a ‘I Giorni’ on violin and piano respectively, while the Choir performed ‘Highlights from Chicago’, not forgetting the big voices of Amie Woodhouse and Zoe Managh.

Thanks to Mrs Doogan for another feast of music at PC.

Pitch Perfect at the Autumn Concert

The Autumn Music Concert last night provided an evening of music and dance featuring a range of acts from the haunting performance of the Chamber Choir singing a musical setting of Yeats’ The Lake Isle of Innisfree accompanied by Faith Jenkinson’s oboe solo, to the rousing beat of Rebecca Dowey’s bagpipes.

Special tribute must be made to past pupil James Cunningham for his composition of  ‘PC Overture’, performed by the College Orchestra.

A highlight of the evening was PC’s own a cappella group of sixth year girls (accompanied by Ryan Adair’s beat boxing) performing Bellas Finals from Pitch Perfect, worthy would be competitors in Gareth Malone’s ‘Naked Choir’!

Thanks to Mrs Doogan for another feast of music at PC. 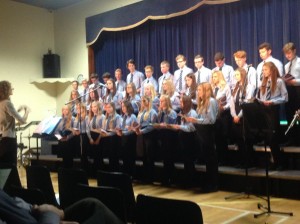 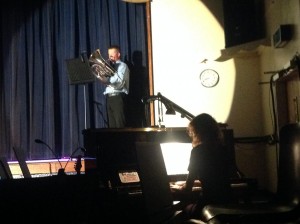 School Orchestra is open to all students who play a musical instrument. Students receiving tuition via the Music Service of the Education Authority Southern Region are required to attend. The Orchestra performs a varied, fun and challenging programme. Recently music from Harry Potter, Saving Private Ryan and The Wizard of Oz have been performed.

Currently Orchestra meets on Tuesdays at lunchtime in the Assembly Hall. 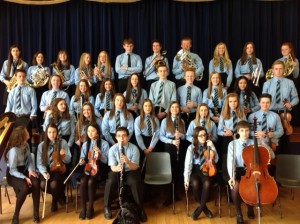 The school Choir consists of approximately 70 girls, singing a wide variety of music in two or three parts. Choir is open to all girls and NO audition is required.

Currently Choir meets on Mondays and Thursdays at lunchtime in the Lecture Theatre. 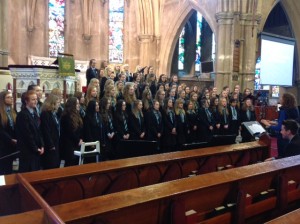 Chamber Choir is a mixed voice choir and entry is via audition. A challenging repertoire is performed and full attendance at all rehearsals is essential.

Currently Chamber Choir meet after school on Thursdays until 4.45pm in the Music Room. 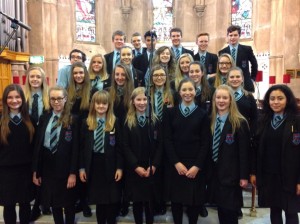 For many students this is the highlight of the school calendar.  Student music representatives from the three houses, Shillington, Seale and MacCallum, spend around one month preparing their houses to compete against one another for the House Music Cup and the Mol Perpetual Shield for the House Representative who contributed most to the competition.

Alongside the array of talent that appears on this day is the ever increasing display of video making talent, with ‘House DVDs’ appearing to entertain the audience between acts.  A unique take on the competition never fails to disappoint and full credit must be given to all those who take part on stage or behind the scenes.

Below are a selection of photos from House Music 2019: