In Lifeline we have approximately 200 students volunteering to raise money for charity and to take part in various community events.

Within Lifeline, pupils are split into their year groups for individual year group projects but we also organise large events that involve all our year groups at once. This helps encourage our students to work together.

Lifeline meets in the Assembly Hall on a Tuesday at break-time. During these meetings we discuss events, organise volunteers, explain what jobs need done, and after the events have taken place, we decide what charities will be supported. The students make all final decisions about allocation of monies raised.

On the 26th of November six Year 13 students from PC undertook a 24 hour fast, which consisted of either a traditional food fast or a digital fast to raise funds for Concern Worldwide, UK.

The training of Concern Ambassadors focuses on the importance of Concern and the work that they do. Concern implements a range of programmes designed to address the specific causes of hunger and extreme poverty in communities across 25 countries. This is particularly important this year due to the COVID-19 pandemic which has left many families even more at risk from malnutrition and dehydration. Some families have been left sharing bathroom facilities with as many as 25 others, making social distancing impossible.

The Ambassadors worked together to create a digital presentation that was presented in registration classes across the school to encourage others to participate in the fast and to fundraise important donations.

While some chose a food fast, others chose the digital fast. A digital fast involves abstaining from all forms of technology and social media for 24 hours.

Donating through JustGiving is simple, fast and totally secure. Once you donate, they’ll send your money directly to Concern Worldwide, UK, so it’s the most efficient way to give – saving time and cutting costs for the charity. 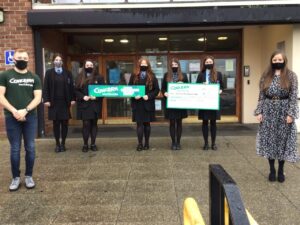 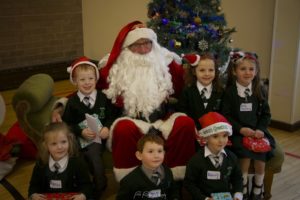 The annual treat from PC’s charity Lifeline to local school children.
Pupils from Bocombra, Seagoe and Richmount Primary Schools came to our Santa Trail on Wednesday 18 December.  The children  emailed Santa, pinned the nose on Rudolf, made Christmas trees, sang Christmas songs and listened to the nativity story.  After playing games, the children then welcomed Santa on his train, had a snack  and got a little present to finish their morning.  The children had a lovely time and our students at PC possibly even enjoyed it more!

Rock Concert for Children in Need 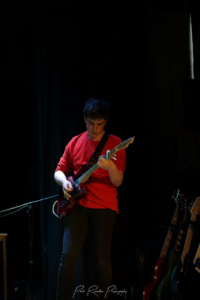 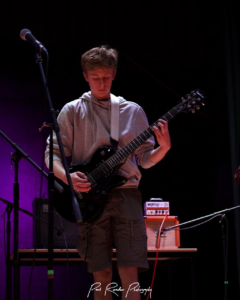 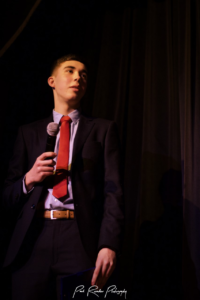 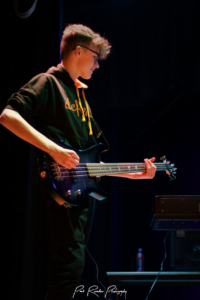 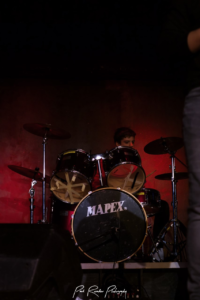 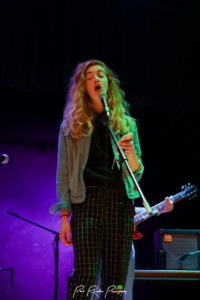 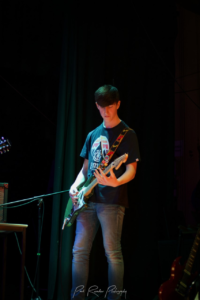 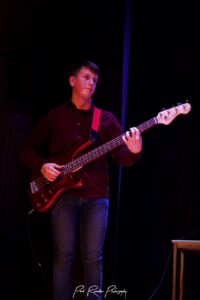 When Lifeline Hands You Colour… PC Sixth Form Run With It! 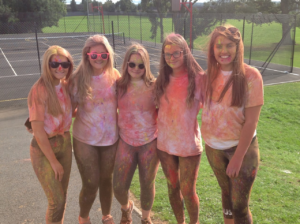 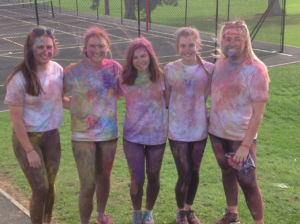 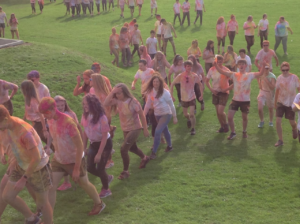 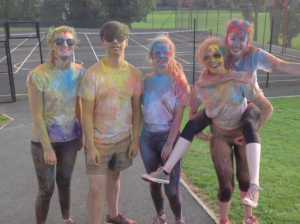 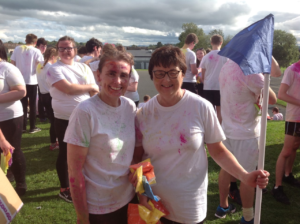 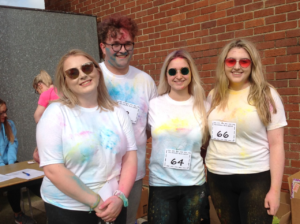 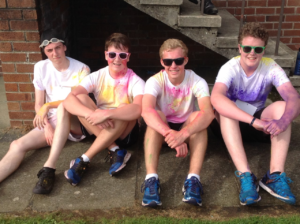 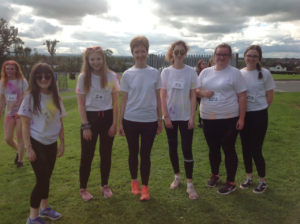 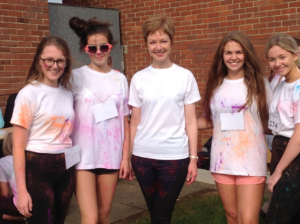 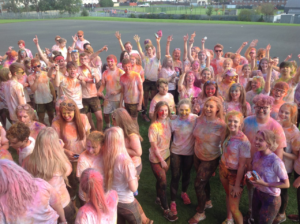 Lifeline started the year by holding a sixth form coffee morning. The year 11 and 12 groups then organised a bun sale. Any money received from these two events was then used to help fund our community events or donated to charity.

The community work of the year started off with our annual Senior Citizens’ Concert in October, and a great night was had by all those who attended. During this term, students also visited Sandringham and Mahon Hall Care Homes where students performed and chatted to the residents.

Lifeline have sponsored the education of 3 children through the charity Plan International for a number of years. We use money from the non-uniform day to support these children and some students spent quite a few lunch times making hand made cards to post. It became a rather sociable time so took quite a while to do!

Lifeline have also organised a number of events during the year to raise money for charity. The first big event of the year was a sell-out Rock Concert along with our non-uniform day.   Between the two events Lifeline raised £2200 for charity.

To finish off the first term with some fun, Year 13 organised a very successful and entertaining Table Quiz which raised almost £600. Year 13 have also sold sweets at various times during the year to help fund the Santa Trail next year.

Year 14 concluded the year with their big event – Everyone Loves Raymond. It included Family Fortunes, Take me Out and Mock the Week and they raised an amazing £870 for charity.

A number of our students were given the opportunity to train as ambassadors for Concern and then they presented their finished ppt in assembly. This was to make other students aware of the work that Concern did across the world and so encourage them to take part in the Fast for Concern.

The total money raised this year is over £4500 – and this week we are going to present cheques to the various charities chosen by our Lifeline students.

A few of the charities have been unable to make it to assembly this week – the Southern Area Hospice and Air Ambulance are both receiving money raised from the Rock Concert and Reach are receiving money from the year 14 event Everyone Loves Raymond.

The following outlines charitable donations made by Lifeline:

Portadown College Lifeline Charity reaching out to support their community

After a big year of fundraising through rock concerts, bun sales, table quizzes and much more, Portadown College charity: Lifeline made a number of presentations to local charities in the community.

In addition to these presentations, £110 was raised for Cure4Cam, £110 was donated to Project Romania, £766 has been already donated to Concern Fast and the College Lifeline charity continue to sponsor the education of three children through Plan International.

Students also work alongside the community in a range of projects throughout the year including their Santa Trail for infants, Senior Citizens’ Concert and their visits to Care Homes. 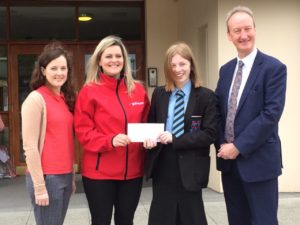 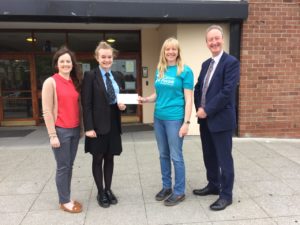 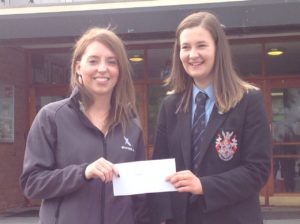 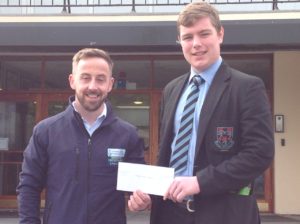 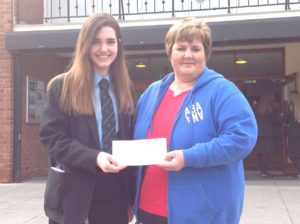 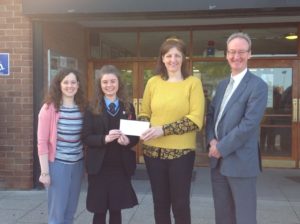 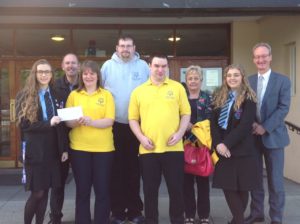 Rainbows amidst the rain

Despite the torrential rain, students embraced the challenge and had fun running through the rain sprayed with colour with the incentive of a hot burger on completion.

The students collectively raised £1135.16 for Reach Mentoring, the Air Ambulance and the Institute of Cancer Research.

Another fun and busy year of fundraising for PC’s Lifeliners  culminated in the annual presentation of cheques to a range of local charities.

PC’s charity Lifeline has organised a range of fundraisers throughout the school year.  The Rock concert in November and non –uniform day raised a significant amount of money, some of which pays for the sponsorship of 3 children through Plan International, some of which was presented to BBC Children in Need, and £450 which year 14 student David McClelland presented to Janice Barr  from Charlene’s Project.

Kayla McCann introduced Lynn Cowan from the Heart Beat Trust who told us about the charity to which Lifeline presented £315, money raised through the Year1 3 Table Quiz at Christmas.

The Santa Trail has become a fixture in the College calendar at Christmas, with PC students hosting primary school children for a visit to Santa like no other.  Jack and Adele from the Southern Area Hospice helped by taking on the roles of Santa & Mrs Claus, and in recognition of their on-going support for this project, Sarah Johnston and Zoe Cumberland presented Jack (Santa Claus) with a cheque for £50 to the Southern Area Hospice.

Simon Richardson from Craigavon Area Food Bank was presented with a cheque for £450, part of the £2200 raised at the non-uniform day and rock concert last November.

Former student Katie Laverty accepted a cheque for £315 on behalf of Fields of Life from Lifeline student Katie Bell.  The money raised at the year 13 Lifeline table quiz at Christmas will go towards the construction of a well.

These presentations only mark a small number of fundraising events that took place this year.

Years 11 and 12 organised a bun sale, while the sixth form Lifeliners organised a coffee morning.  The money raised was used to fund our annual community events, the Senior Citizens’ Concert in October and the Santa Trail in December, to which p1 pupils from  Millington and Moyallon Primary Schools were invited.

An assembly collection lifted £450 for the refugee crisis in Syria.  A number of students then took part in the concern 24 hour Fast or Silence and raised £610 for Concern.  This money was then doubled by the government.

Clearly, PC students involved in Lifeline have excelled themselves once again, in their compassion for those in need, whether at home or abroad, and in their willing service to the local community.  Well done Lifeliners!