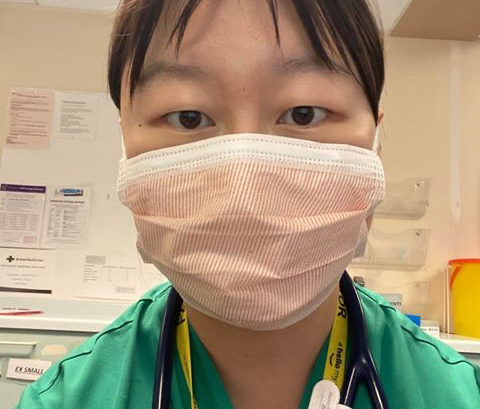 Thank you to some our own homegrown NHS Heroes:

Chuer Zhang left PC: in 2012 and works as an F2 doctor in Causeway Hospital.

Mark Fulton left PC in 2005 and works as a Paramedic with the Ambulance Service.

Laura Stevenson left PC in 2010 and works as a Clinical Pharmacist, specialising in paediatric nutrition and chemotherapy at King’s College Hospital in London.

Tracy Shirley (nee Allen) left PC in 1984 and works as a Registered Nurse in Acute Care at Home Team with the Southern Health and Social Care Trust – SHSCT.

Sarah Neale left PC in 2013 and works as an F2 doctor in General Practice in the  Belfast Trust.

Rebecca Kerr left PC in  2010 and is working as an F2 doctor in General Medicine at Daisy Hill Hospital.

If you are a former student at Portadown College and work in the NHS or in the caring profession please let us know so we can celebrate and thank you too.