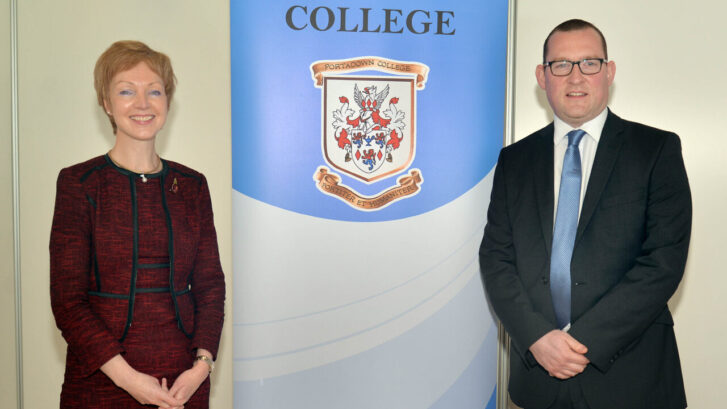 The Board of Governors of Portadown College is pleased to announce the appointment of Mr Michael Lowry as the new Pastoral Vice Principal following a rigorous recruitment and selection process. Mr Lowry succeeds Mr Peter Richardson, who has assumed the role of Curriculum Vice Principal.

Mr Lowry joins Portadown College at the start of November, having taught for five years at Regent House School in Newtownards where he held the role of Senior Teacher, as well as Head of History and Politics. Previously, Mr Lowry taught at The Wallace High School in Lisburn for seven years, fulfilling the roles of Head of Year and Teacher Governor, as well as leading several areas of whole-school responsibility.

In addition to his experiences inside school, Mr Lowry contributes to the Social Sciences PGCE at Queen’s University and has previously worked as an A level History examiner for CCEA.His new role will see Mr Lowry lead pastoral provision and safeguarding, ensuring that the welfare of each member of the PC community remains at the heart of College life.

Commenting on his new post, Mr Lowry says, “I am deeply honoured to have been given the opportunity to carry out such an important role in a school with such a strong reputation for academic excellence within a caring and supportive environment.” Mr Lowry adds that he intends to build upon the “excellent work” carried out by his predecessor and draw upon his experiences of school leadership to date so as to, “work with colleagues, parents, stakeholders and most importantly, the young people of PC, to ensure that they are afforded the most fulfilling experience of school possible.”

In welcoming Mr Lowry, College Principal Miss Gillian Gibb comments, “I warmly welcome Mr Lowry to the College in his new role as Vice Principal. His insights as a subject leader, combined with valuable experiences across a range of whole-school issues, will contribute significantly to the progress of the College as we move towards our centenary in 2024.”