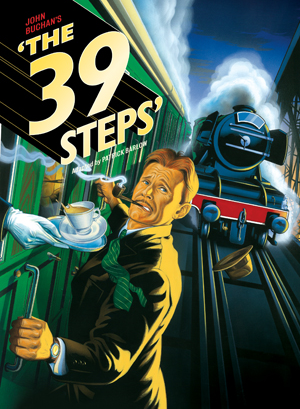 This year’s school play is The 39 Steps – based on the ground-breaking spy novel by John Buchan which was adapted into several film versions including the iconic Alfred Hitchcock production.

The plot is simple: Richard Hannay inadvertently gets caught up in a spy ring and has to escape from London to Scotland. Whilst there, he has more adventures in his attempts to escape the police and find the ringmaster of the secret organisation which is planning to sell vital national secrets to the Germans as World War Two approaches. The play is based on the Hitchcock film of 1935 but it has been adapted for the stage with some innovative dramatization – including an onstage plane crash, multi-roling, music hall acts, a car chase and an attempt to escape the long arm of the law (literally) on the fast train to the north of Scotland whilst crossing the Forth Rail Bridge!

Mix a Hitchcock classic with a juicy spy novel, add a dash of comic theatre and you have The 39 Steps, a fast-paced whodunit with some old-fashioned romance.

The students and staff would like to invite you to join us in the College Assembly Hall on Thursday, 28th or Friday, 29th November at 7.30pm for our production of this fast-paced and creative physical play.

We look forward to welcoming you to see The 39 Steps. 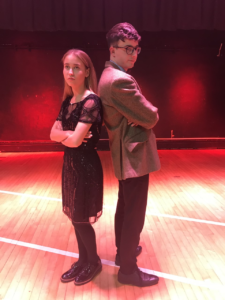