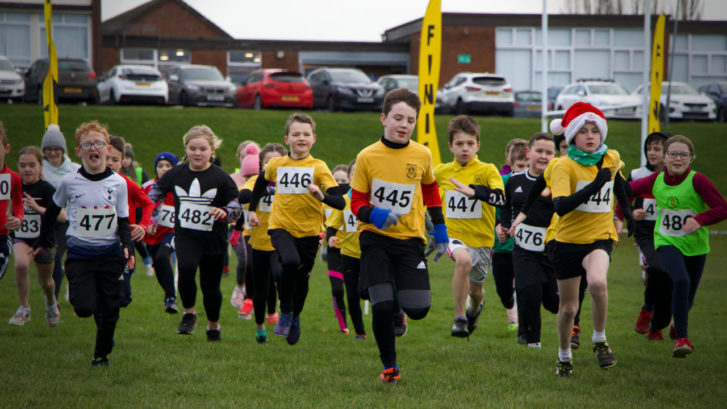 On Friday 13th December, a group of Portadown College A Level Sports Science student organised a cross country event for 8 local Primary Schools. A past pupil and highly successful businessman, Glenn Grant, of ChampionChip Ireland, helped the five students to create such a triumphant event. The course was a mile in length, so plenty of running had to be done.

There were three races in total. The Fun Run had ripe competition, with Noah Rodderick and Connie Lipsett the first boy and girl across the line. Next were the girls, some showing just how muddy the course really was, though three very competitive girls from King’s Park were dominant, with Alex Kerr first home, closely followed by her teammates Leah Balfour and Anaya Patterson. The final race of the day was for the boys, and boy did we have a flyer in Matthew McAdam from PIPS, who led from the start, conquering the tough course in a very respectable time. William Greenaway and Isaac McIlwaine were not far behind with William just nosing in front of Isaac to claim 2nd.

After all this exhausting work, the competitors received a festive medal and the top three were presented with their trophies. Finally, after a lot of running we had a winning school, which was never really in doubt, and King’s Park Primary School were crowned victorious.