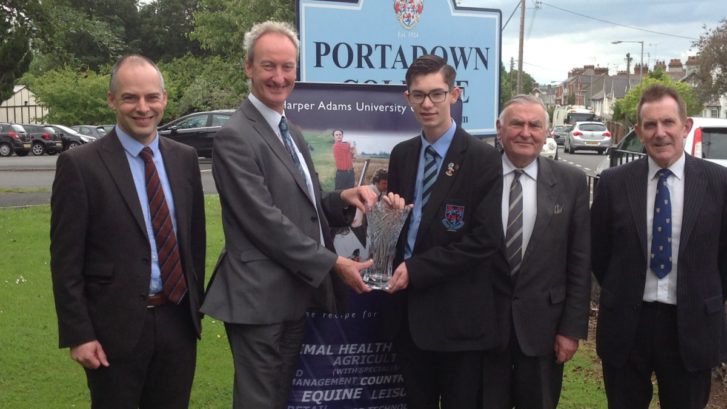 The fantastic achievements of Portadown College since introducing GCSE Agriculture and Land Use have been recognised by Harper Adams University. The world renowned Agricultural Institute have presented the College with a Galway crystal vase to be awarded annually to the top GCSE Agricultural student.

Student support co-ordinator for Harper Adams University in N. Ireland, Basil Bayne is very impressed with the success of GCSE Agriculture and Land Use in Portadown College and was delighted to present the award to Sammy Buckley, who was third in Northern Ireland last year.

Based in Shropshire, Harper Adams is well regarded in leading the future development of the Agri-Food industry and Portadown College are delighted that their students’ achievements have been recognised at National level. 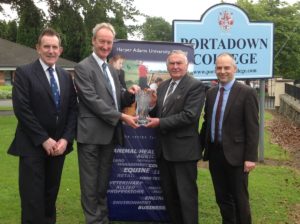