The Music Department aims to help students to: 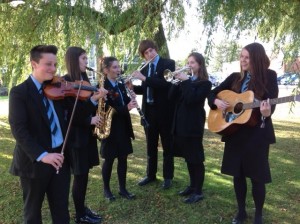 What is GCSE Music about?

GCSE Music is a subject suited to the student who has a passion for Music, for understanding how it works and an open mind to exploring new styles. It is also a subject that requires students to already have a practical experience of Music. Students will continue to develop instrumental or vocal performing skills through their private or EA tutors, striving for a minimum of grade 4. Ensemble skills will be introduced at this stage and students will learn how to perform in a group situation and appraise their work. In the classroom students will learn the theory of music which will ultimately develop their composing and listening skills, allowing them to create and understand how music works. Set pieces drawn across 400 years of musical history gives students a broad overview of Classical and popular musical styles, leading to an appreciation of music and laying the foundation for further study. The study of GCSE Music develops useful skills such as creativity, analysis, confidence, discipline, problem solving and communication.

What topics will I study and how will I be assessed? 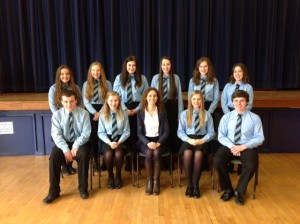 What is A Level Music about?
AS and A2 Music develop essential knowledge and understanding of the many aspects of Music. Pupils have opportunities to develop composition and performance skills to a higher level and study several music topics in more depth, looking at the social and cultural context to works and composers. Set pieces are studied for the aural perception paper alongside a more in depth appreciation of the various periods of music. Works not specifically studied will also be assessed in the examination.

To study A level Music a student must have studied GCSE Music, ideally achieving an A or A* grade and be able to perform on their instrument or sing at grade 6 level or above for AS and grade 7 or above for A2 level. Fluent reading of staff notation is essential. 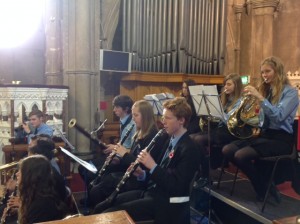 Other events may include:

Department News
Congratulations to Samuel Kane and Lucy Place who performed as part of the Ulster Youth Orchestra during the summer. 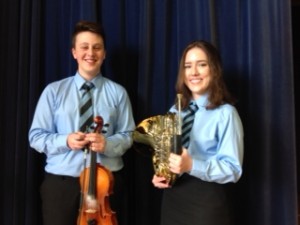 Congratulations to James Cunningham, who was selected to attend the RNIB and Handel House Summer School.

After arriving in London on the Sunday evening I, and my fellow Visually Impaired composers Noah McNeill and Zoe Dixon, met at the Handel House Museum in central London. Leading the workshop were two professional composers; Edwin and Michael, who is also Visually Impaired. That first day we got to know the instruments and performers which we would be writing for e.g. different techniques, limitations etc. On that first day we also did some group composition using bird whistles; I was the duck #quackquack.

We were also given our task, which was to set a poem by John Milton to music:

Who shun’st the noise of folly,

So musical, so melancholy.

Thee, chauntress, oft the woods among

I woo to hear thy evensong.

Or, missing you, I walk unseen

On the smooth-shaven green

To behold the wand’ring moon

One trip to Leicester Square and a late night composing session later, and we resumed our workshop at RNIB London. Overseen by Sally Zimmermann and James Risdon, Edwin and Michael shared with us some contemporary ideas, as well as their own stories and advice for the composition industry.

There then followed a number of late nights and many cups of coffee. Pieces written and ready we returned to Handel House for the debut of our compositions by an amazing trio in a chamber concert. The experience of hearing my own piece performed live in front of me was surreal and has definitely inspired me to aim for composition as a profession.

If you would like to download the sheet music for my, Zoe’s or Noah’s pieces, you can do so at musescore.com. 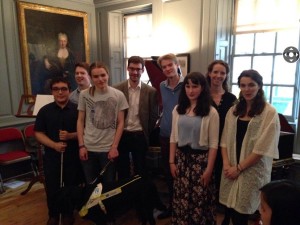 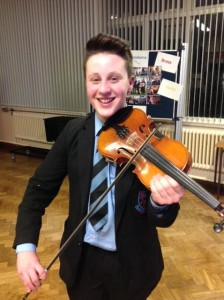 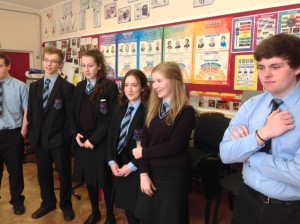 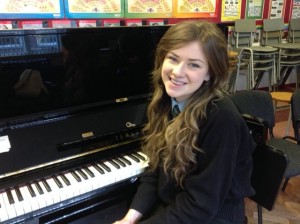 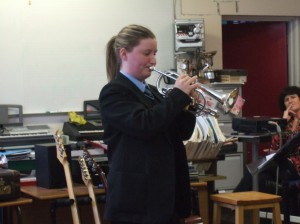 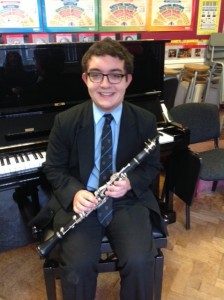 View the extra-curricular page on music

Music students enjoyed an AS Music Choral event featuring one of their choral set works in Belfast. 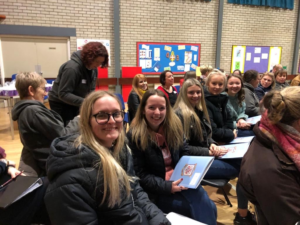 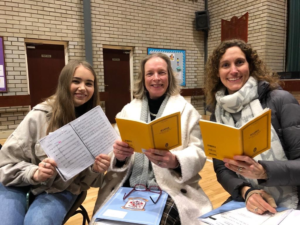 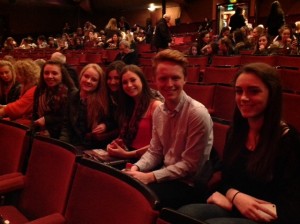 Many former A-level Music students take their studies further and choose to read Music at various Universities across the country; the Universities of Oxford, Cambridge, Edinburgh, Durham and Queen’s in Belfast are just some of the higher education schools that offer Music at an Undergraduate level.  The curriculum at Undergraduate level is wide-ranging across the many Universities, with most offering study in Performance, Composition, Theory, Musicology, Historical topics, and Ethnomusicology.  A BA degree in Music or BMus degree gives this broad sweep of the subject, allowing students to focus in on particular areas in their final years.

Conservatoires, such as The Royal Conservatoire of Scotland in Glasgow, or the London College of Music, offer intense instruction in performance, with pupils being able to study with local professionals, take master classes with touring soloists and have opportunities to play with influential orchestras.  Taking this path means students focus almost entirely on performing, and less on the other elements of Music such as composing or Music history.

SKILLS DEVELOPED THROUGH THE STUDY OF MUSIC

Studying Music at GCSE and A-Level gives students a range of versatile, transferable skills which they will take with them later in their careers.  Aural, appraising, performing, literary, time management and organisation skills are all developed through the study of Music as well as quick thinking when things don’t go to plan (e.g. in a concert setting).

Whilst many students who study A level Music will continue to study Music to degree level not all choose to do so.  Here is a selection of careers that students with an AS or A level in Music have gone on to:

Students who have studied Music at degree level have also gone to a variety of careers: