Mr A Grant (Head of Department) 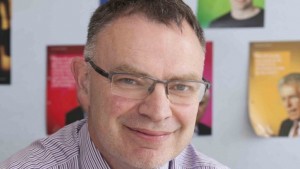 Economics addresses some of the most pressing problems and issues that society faces today, including:

Economics provides students with a tool kit of concepts, ideas and techniques.  These tools allow them to critically investigate and analyse problems, evaluate information and evidence and arrive at reasoned conclusions and judgements.  The subject provides opportunities for students to communicate ideas orally and in writing and to use information and communication technology to access, interpret and analyse data.

What is A Level Economics about?

Economics addresses some of the most pressing problems and issues that society faces today, including:

Economics provides students with a tool kit of concepts, ideas and techniques. These tools allow them to critically investigate and analyse problems, evaluate information and evidence and arrive at reasoned conclusions and judgements.

The requirements to study Economics are a grade B in Mathematics (higher level) and a grade B in English Language.  20% of all marks at A level are for quantitative skills, so a good understanding and competence in Mathematics is essential. In addition you need to have good skills of analysis, interpretation and evaluation. You should also have an interest in current affairs, as many of the topics studied are related to the news and key stories in business and the economy.

There are many careers options open to students studying Economics both at school and university. These include effectively any career in finance, business, accountancy, stock markets, human resources, management, as well as actually working as an economist.

In November a team of four Year 14 Economics students Neil Reilly, Jacob McKeeman, Philip McKinley and James Nicholson competed in the Bank of England Target 2.0 schools competition Northern Ireland heat. In this competition the team took on the role of the Monetary Policy Committee in setting interest rates to meet the bank’s inflation target. They conducted thorough research and then gave a presentation before facing searching questions from representatives of the Bank of England.

This was a thoroughly enjoyable and useful day and although the team did not win it was a great opportunity to apply what they study in class to the vital decisions the Bank of England make to ensure economic stability. Who knows if someday one of them may be doing this for real!

In October the Year 13 Economics class travelled to Queens’ University School of Management to participate in the Sixth form Stock Market Challenge held in the fantastic Trading Room at Riddell Hall. This was a highly enjoyable day where the students worked in pairs investing in stocks and commodities to make as large a profit as possible in an on-line simulation which mirrors the real stock market.

A number of students from Years 13 and 14 Business Studies and Economics joined with the History department for an unforgettable trip to London from 11-14 February.

Highlights included visits to the Bank of England, the Houses of Parliament, the Olympic Park (including entrance to both the Olympic Velodrome and the aquatic centre) and a guided tour around Stamford Bridge, home of Chelsea Football Club to find out about the business of running a football club. In addition we joined with the historians for a night-time trip around the sights of London (or a football match at Selhurst Park to watch Crystal Palace take on Newcastle United) and a visit to the theatre to see Billy Elliott the Musical.

This was a highly enjoyable trip and a great experience for all students and staff who went.

There are many careers options open to students studying Economics both at school and university. These include effectively any career in finance, business, accountancy, stock markets, human resources, management, as well as actually working as an economist. See below for some views from former students:

Andrew Steele: Former Head Boy Andrew is currently completing a degree in Economics at Harvard in the USA. This is a report he sent last year.

Mid-way through my sophomore year- second year- I have finally declared my concentration of economics with a planned secondary focus in psychology. Despite having known that I wanted to study economics upon arrival at Harvard, the liberal arts system of education at many of colleges in the US means that you are not tied to any one subject. Consequently I have both been able to, and required to, study a wide range of academic areas. That being said, of late I have begun to really focus my study on economics alongside psychology. The amalgamation of both fields is known as behavioral economics whereby the generalized assumptions of neoclassical economics are questioned and furthered. This is a subfield I intend to explore at much greater depth over the next few years.

A- level economics provided a great starting point for me upon acceptance to Harvard. I opted to skip the introductory classes to take their intermediate counterparts and as a result I have been able to take statistics and econometrics a semester before most other economics concentrators (those studying economics).

Ultimately I would love to be an entrepreneur; however, at this point I’m still considering working in consulting or finance, particularly with VISA considerations. I hope to work in New York upon graduation; however, this is by no means set in stone. I thoroughly advise considering economics at degree level as in my opinion it is the hidden gem within universities in the UK. We all need doctors and lawyers, however, contrary to what we are conditioned to believe, their placement on a pedestal isn’t entirely accurate. After all, it isn’t through fortuity that economics is the largest undergraduate degree at Harvard.

New subject, new challenge. Having studied all other subjects for a while, I wanted something totally different from traditional subjects and to keep my options open for university. Economics gave me an opportunity to study something that addressed current issues rather than focusing on old textbooks.

Very useful. Starting a new subject at A-Level, Economics students are faced with quite a steep learning curve to begin with. This gave me great practice for what university had in store as it is necessary to quickly absorb and process vast amounts of information within a limited timeframe, especially at the beginning of a degree course.

The format of economics classes was useful as open discussions (debates!) are encouraged which is a similar environment to the tutorial based learning that happens at university.

Based on the state of the job market when I graduated in 2009, I decided to stay in education and study for a Master’s degree. I chose MSc Leadership for Sustainable Development as it balanced on “The Three Pillars” (society, economy and environment) and was largely policy based. I completed work placements in 3 sectors – government (Sustainable Development Commission OFMDFM, Stormont), NGO (Belfast Healthy Cities) and business (Debenhams Plc).

Currently working as a Tax Associate at Deloitte LLP, one of the ‘Big 4’ companies in the financial services sector, and studying for the New York Bar Examination to qualify as an Attorney-at-Law (NY) enabling me to practice as a New York lawyer.